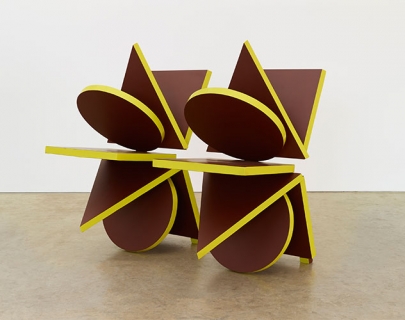 Join the exhibition curators for an introduction to the exhibition followed by a panel discussion with the curators and Jo Applin, Sam Cornish, Oliver Davis (Chair), Natalie Rudd, Tim Scott and Paul Smith.

Sam Cornish is a writer on abstract art and a curator. Amongst his current projects are the co-editorship of the catalogue raisonné of the paintings of John Hoyland and the exhibition Kaleidoscope: Colour and Sequence in 1960s British Art.

Oliver Davis is Co-Director of the Centre for Research in Philosophy, Literature and the Arts at the University of Warwick and Reader in French Studies. He is the author of Jacques Rancière (Polity, 2010) and the editor of Rancière Now (Polity, 2013), among other works.

Natalie Rudd is Senior Curator of the Arts Council Collection and, with Sam Cornish, the co-curator of Kaleidoscope. She has curated many exhibitions using collections of modern and contemporary British art as a starting point, both in her current role at the Collection and formerly as a curator at Tate Liverpool. Publications include a monograph on the artist, Peter Blake (Tate Publishing, 2003).

Tim Scott (born 1937, London) is known for producing abstract sculptures made from materials such as fibreglass, glass, metal, and acrylic sheets. His 1966 sculpture, Quinquereme, features in the exhibition, Kaleidoscope. Tim Scott’s work can be found in many important collections, including Tate, London and the Museum of Modern Art, New York.

Paul Smith is Professor of History of Art at the University of Warwick. He has published extensively on colour in Cézanne and Impressionism, and is presently completing a monograph: The most beautiful blue: the science, depiction, and aesthetics of coloured shadows.