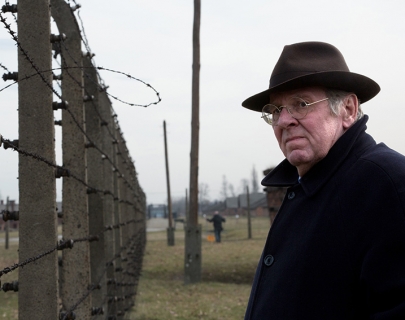 When university professor Deborah E. Lipstadt includes World War II historian David Irving in a book about Holocaust deniers, Irving accuses her of libel and sparks a legal battle to prove the truth that the Holocaust occurred.

Based on the book History on Trial: My Day in Court with a Holocaust Denier, this gripping drama features a stellar cast including Oscar nominee Tom Wilkinson and actor Timothy Spall (Harry Potter, The King’s Speech).

“Hare’s previous screenplays for the reader and the hours dealt not just with historical events but with the very idea of history itself. Denial is no different. He zeroes in on the fascinating specifics of the court case while presenting a wider perspective on the dangers of revisionism.” Toronto International Film Festival