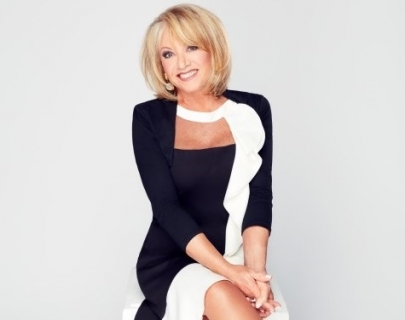 Support and timings Elaine’s Musical Director John G Smith and his band will play a half hour set first, followed by a 20 minute interval, before Elaine, John and his band play her full set. The show will end around 10pm.

The First Lady of Musical Theatre Elaine Paige has performed live in concert all over the world. As a recording artist Elaine has released 22 solo albums, including 4 multi-Platinum and 9 Gold, has featured on 7 cast recordings and has had major worldwide hits with songs such as Memory (Cats) and I Know Him So Well (Chess).

As a musical theatre performer Elaine has made a major contribution to the modern musical. She has starred in more smash hit West End & Broadway musicals than anyone else of her generation and continues to present the hugely successful weekly BBC Radio 2 programme Elaine Paige on Sunday, which celebrates the best of Broadway, Hollywood and the West End, and continues to delight audiences of over 2.5 million listeners each week.

See’s Elaine perform many of the hits that made her a global star and some of her favourite songs are given the Paige treatment. An unmissable evening!

“Paige transfixes the audience with a succession of her trademark contemplative, emotionally powerful interpretations, interspersed with some fascinating anecdotes about her stage career” Musical Theatre Review

VIP tickets include best seats, a copy of the programme, a VIP laminate and a signed book and poster.