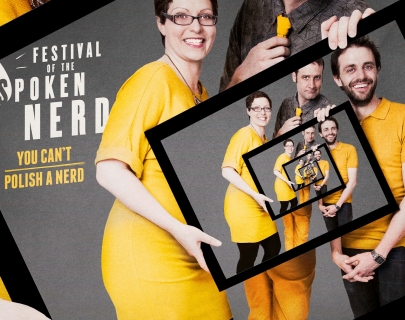 The Nerds are back with a brand new tour this Autumn “You Can’t Polish A Nerd”.

Don’t miss the “resplendently geeky trio” (The Times) as they put the “oooh” into zoology, the “fun” into fundamental theorem of calculus and the “recursion” into recursion.

Together they’ll be buffing up a veritable Periodic Table of new science, songs, and spreadsheets that will tickle your ribs and light your Bunsen burner. Full Frontal Nerdity guaranteed!

“Charm and perky curiosity is in its DNA” (Guardian)

“Great, funny, clever… even the heckles at this terrific show are smart” ★★★★(The Scotsman)