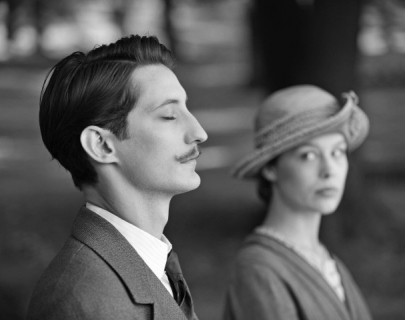 Germany, 1919. Anna (Beer) finds young Frenchman, Adrien (Niney), laying flowers on the grave of her fallen soldier fiancé, Frantz. Upon learning that the young men were friends in their student days in Paris, Anna introduces Adrien to Frantz’s parents, who slowly warm to him.

A reimagining of Ernst Lubitsch’s Broken Lullaby, and shot almost entirely in black and white by director Ozon (In the House), the second half removes itself from the source material and switches perspective to Anna as she has to decide between the brutal truth or a kind lie.