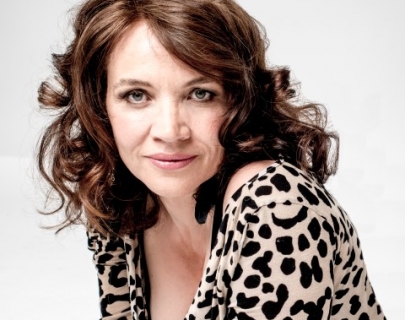 Jacqui Dankworth is one of the most highly regarded vocalists in the UK. Known primarily as a jazz singer, Jacqui’s unique musical palette also draws on folk, soul, classical, blues and numerous other influences. In her concert appearances, including those with orchestras such as the Royal Philharmonic and London Philharmonic, as well as her stylistically diverse recordings, she displays a virtuosic, seemingly effortless mastery of a wide spectrum of genres.

With a string of No. 1 CDs to his name, Craig Ogden is one of the world’s finest classical guitarists. A household name to listeners of Classic FM and BBC Radio 3, Craig’s virtuosic performances as a concerto soloist with orchestras, together with his solo recitals and collaborations as a chamber musician, ensures invitations to perform at major venues around the world.

Jacqui heard Craig on Classic FM recently and was so moved by his playing that she asked if they could record an album together. The combination of classical guitar and voice is one Jacqui is familiar with, having grown up with John Williams and Cleo Laine around the house! The sound is classic, timeless, and one of delicate beauty. Their programme includes a diverse mixture of intimate songs by everyone from Paul Simon and James Taylor to Henry Mancini and Michel Legrand.