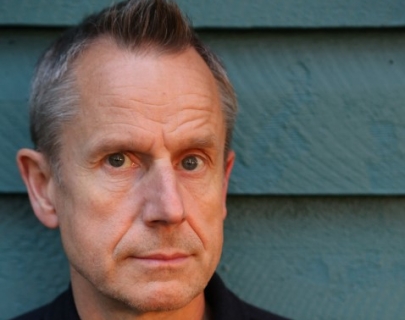 Jeremy Hardy is in his 4th decade as a stand-up this year. That’s a more dramatic way of saying he started 33 years ago and, without a lottery win, probably has at least another 33 years to go.

In 2014, the tenth series of Jeremy Hardy Speaks to the Nation was broadcast on Radio 4. He is also well known for his appearances on The News Quiz and I’m Sorry I Haven’t a Clue. Indeed, Alan Bennett recently said he likes him “but he’s only on the radio”.
However, Jeremy isn’t only on the radio, his television credits include: Jack Dee’s Election Helpdesk (BBC2), QI (BBC1), Mock The Week (BBC2), Grumpy Old Men (BBC1), Back In The Day (BBC2), Not Tonight With John Sergeant (BBC2).

He is also on the road all year round and has never stopped doing live shows since 1984. He’s continuing his tour this autumn!

“In an ideal world, Jeremy Hardy would be extremely famous, but an ideal world would leave him without most of his best material.” THE GUARDIAN