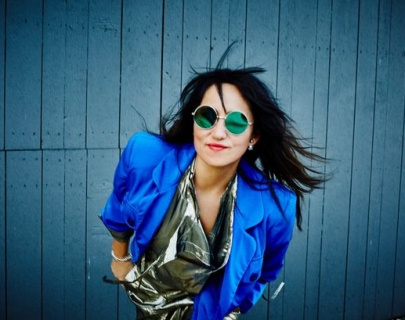 Brit Award and Ivor Novello Award winning KT Tunstall performs music from her new album KIN, alongside tracks from her back catalogue. The Scottish singer-songwriter who was recently honoured further with the Inspirational Artist gong at the Women In Music Awards has earned a solid reputation as a live performer and also pioneered the use of live sampling in chart music.

Smashing onto the music scene in 2004 with the album Eye to the Telescope KT quickly became one of the UK’s biggest music exports. Over the next ten years she released three more critically acclaimed albums – Drastic Fantastic (2007,) Tiger Suit (2010,) and Invisible Empire // Crescent Moon (2013) – and played everywhere from the rooftops of splashy Las Vegas hotels to Giant’s Stadium.

Her fifth album KIN was released earlier in 2016 to rave reviews and debuted at No.7 on the official UK Album Chart.