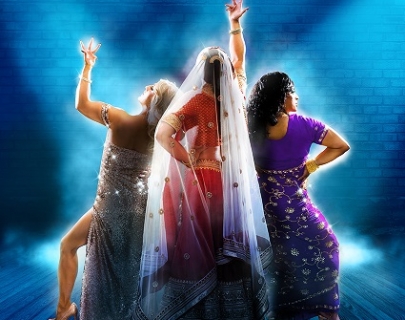 A new play about drag queens.

Dazzling saris, grand Bollywood lip-sync dance numbers and queues of adoring fans – for Miss Meena this is all now a distant memory. The once famous and fabulous drag queen has lost his sparkle and like his nightclub is washed up and out of date. The punters have gone and whilst the other drag queens are strutting their high-heels elsewhere, property developers are circling like vultures waiting for Miss Meena to give up the lease to the club.

With the club on its knees, a new arrival brings a glittery rainbow of hope. But just as things are starting to look up for Miss Meena, a visitor from the past makes him question everything he ever stood for.

Miss Meena & the Masala Queens is inspired by the British Asian drag queen community and created in consultation with the LGBTQ community.

‘Harvey Virdi’s script with its sprinkling of Punjabi rings true and Pravesh Kumar’s direction echoes this… Its strength is that the story and its characters are universal.’ ★★★★ What’s On Stage