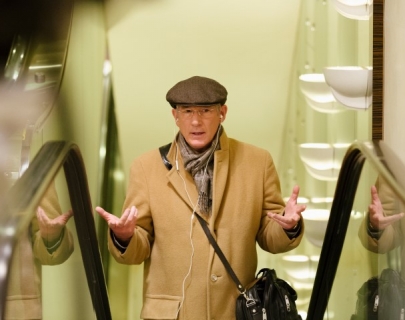 Norman (Gere) just wants to matter. He is a liar, manipulator, fixer, opportunist and a nobody, convinced he’s just one deal away from being somebody.

That is, until he buys a pair of expensive shoes for low level Israeli politician, Micha Eshel (Ashkenazi) who is visiting New York.
When Micha becomes Prime Minister, Norman suddenly finds himself using his small-time skills to fix complex problems with big-time implications.