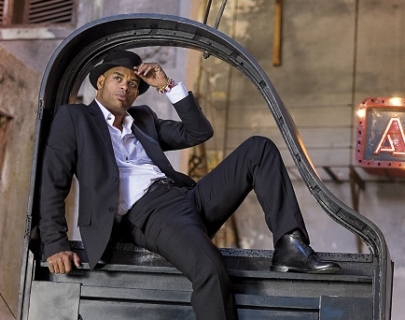 Roberto Fonseca, is the brilliant Cuban jazz pianist who drew attention the first time he appeared aged 15 at Havana’s International Jazz Festival through to his recent Grammy nomination for best Latin Jazz album. His muscular playing packs out Concert Halls the world over since 1999’s debut album Tiene que Ver when he graduated from Havana’s Superior Institute of Art.

He then became Rubén González’ replacement in the famous Buena Vista Social Club, before accompanying Ibrahim Ferrer on worldwide tours where he won legions of fans. He has frequently accompanied Omara Portuondo and in 2015 toured and recorded a special collaboration with Malian singer Fatoumata Diawara, tracing the links between Cuba and Africa.

ABUC is the title of his new album, the eighth one he’s released under his own name and the first to appear on the world famous impulse! A label that has brought out many classic Jazz albums. ABUC ranges from contradanza and mambo to cha-cha-cha, danzon and bolero, infused with the spirit of the descarga jam and hip-hop. With his exceptional septet Roberto tells this story in his own manner; his tale swarms with subtly veiled references to the past.

Roberto plays with his usual quartet of drums, bass and percussion, plus a 3-part horn section and a singer.