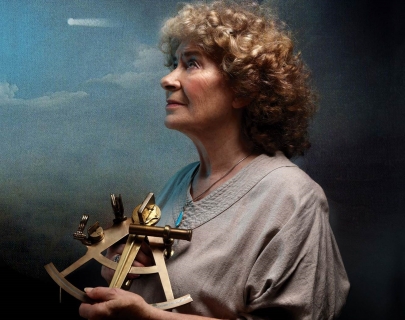 One of the most important voices in British Folk, singer and song collector Shirley Collins returns to performing in her beloved home county with music from her first release in nearly 40 years, Lodestar.

Bringing together English, American and Cajun songs dating from the 16th century to the 1950s, collected by Shirley and recorded at her home in Lewes with music director Ian Kearey, her expressive vocals transcend time, connecting age-old tradition with a contemporary edge.

A key part of the British Folk revival of the 60s and 70s, her voice is still as captivating now as it was then. Lodestar shows that, even at the age of 81, Shirley still pushes at the boundaries of folk music.

Shirley’s band will feature members of Trembling Bells, Rattle on the Stovepipe and Cyclobe, and a fine array of musicians and dancers will also join the event, including Boss Morris, Brighton Morris Men, Sam Lee, John Kirkpatrick, Bing Lyle and Naomi Bedford.