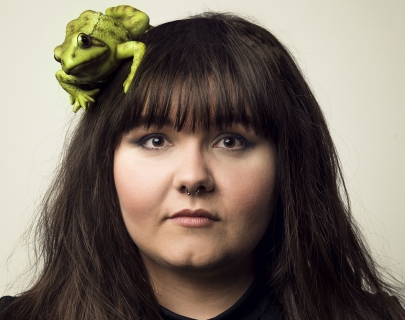 Sofie Hagen is unquestionably one of the most talked-about comics of the moment. A modern legend in her native Denmark, she burst onto the British scene by winning Best Newcomer at Edinburgh Festival 2015; her 2016 follow-up, ‘Shimmer Shatter’, was a second total sell-out.

She’s spoken to millions as former host of ‘Guilty Feminist’ and current host of ‘Made of Human’ podcasts, and appeared on ‘The One Show’, ‘The Now Show’ and ‘Live From The BBC’.

This, her biggest national tour to date, is a brand new show packed with brilliant, offbeat observation, passionate argument, and jokes. Also: one parable.