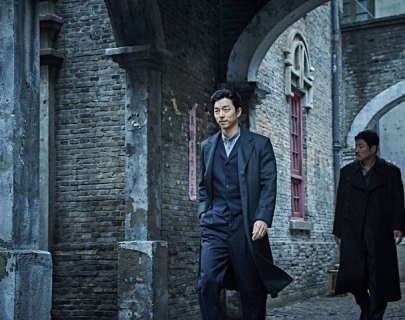 1920s Japanese-occupied Korea. Lee Jung-chool (Kang-ho), a Korean working for the Japanese police, is tasked with infiltrating the Korean resistance. After getting close to Kim Woo-jin’s (Yoo) rebels, Lee begins to question which side he should really be on. On a mission to smuggle a train full of explosives into Korea, rumours circulate of a traitor in the resistance and, with the Japanese beginning to suspect Lee’s allegiance, he becomes both hunter and hunted.