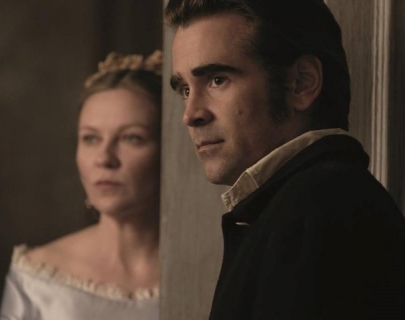 An Irish Union soldier, defector Corporal John McBurney (Farrell), finds himself wounded and terrified of being caught by either side. Reluctantly taken in by Martha Farnsworth (Kidman), headmistress of a girl’s school, and teacher Edwina (Dunst), they agree to care for McBurney until he has healed. However, it isn’t long before he begins seducing the young women who, starved of male attention, quickly become treacherous.

Directed by Sofia Coppola, The Beguiled won her the Best Director Award at this year’s Cannes festival.