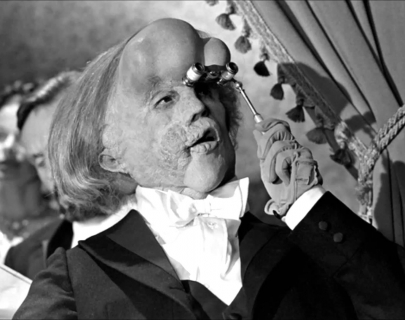 Arguably John Hurt’s most famous role, his portrayal of John Merrick is still considered remarkable and earnt him a Best Actor Oscar nomination in 1980.
Directed by David Lynch, this tells the story of John Merrick, a heavily disfigured man who is rescued from the torment of a Victorian freak show by Dr. Frederick Treves (Hopkins). Discovering his intelligence and sensitivity, Treves allows Merrick to live at his hospital where he is accepted by most of the hospital staff, but there are still those that wish to exploit him.