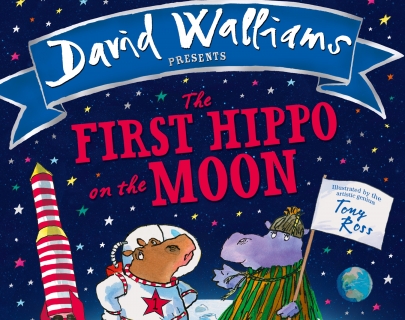 From Number One bestselling Children’s author David Walliams comes an explosively funny space adventure for children of 3 and up.

Two big hippos. One ENORMOUS dream. Who can make it to the moon first?

David Walliams has taken the literary world by storm and his brilliantly funny stories are adored by children the world over! He has achieved unprecedented critical acclaim and quickly developed a reputation as a natural successor to Roald Dahl. His books have been translated into over 45 languages and sold over 9.5 million copies in the UK alone.

Adapted for the stage by acclaimed award winning Theatre company Les Petits and hot off the heals of their hugely successful Captain Flinn and the Pirate Dinosaurs tour and immersive hit Adventures in Wonderland, comes a fantastical adventure featuring puppetry, music, mayhem and a giant space race to the moon!

The creative team have worked on such hit shows such as Dr. Seuss’ The Lorax, The Nationals’ Elephantom, Warhorse and Raymond Briggs’ The Bear.

All children, including babes-in-arms, must have a ticket for admission to comply with licensing regulations. For all shows not directly aimed at children under 2 – Admission for under 12 months of age is free with a valid ticket, children aged 12 to 24 months are charged £3. Children aged over 2 are charged the advertised children’s price. Parents are advised to check age guidelines in advance as not all performances are suitable for children.