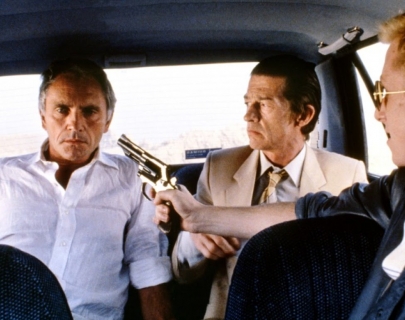 Having informed on his fellow criminals in return for a generous offer from the police, London gangster Willie Parker (Stamp) retires to Spain. Ten years later, however, his past catches up with him and he is kidnapped by Braddock (Hurt) and Myron (Roth) who intend to take him across the border to Paris, where the kingpin that Parker helped put away is waiting for him. However, the trip doesn’t go quite as planned, resulting in a trail of bloody violence.