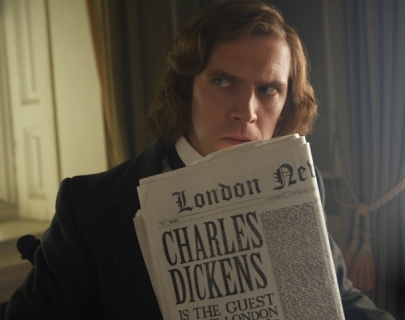 1843. In his mid-twenties, Charles Dickens (Stevens) was a struggling writer after three of his novels had been poorly received. Having had his idea for a Christmas-themed
story rejected by his publishers, he decided to use the little money he had left to publish it himself. The Man Who Invented Christmas tells the magical story of how Dickens combined real life inspirations with his vivid imagination to conjure up a timeless tale and unforgettable characters, such as Ebenezer Scrooge (Plummer), forever changing the Christmas season.