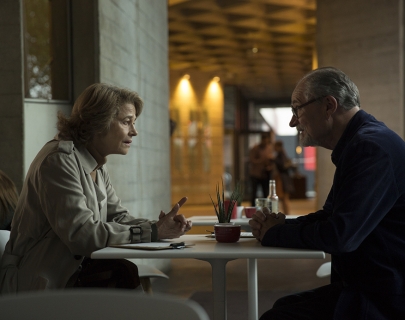 Based on the award-winning novel by Julian Barnes, Tony Webster (Broadbent) lives a relatively quiet life until the mother of his university girlfriend, Veronica (Rampling), unexpectedly leaves him a diary in her will. However, the diary, written by Tony’s estranged friend and Veronica’s subsequent boyfriend, is in Veronica’s possession but she refuses to relinquish it.

In trying to recover the diary and retelling the story to his ex-wife Margaret (Walter), Tony is forced to face the truth behind the constructed, selective memories of his past.