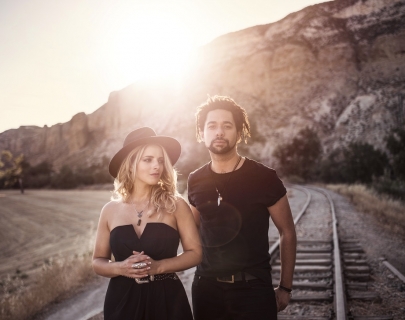 UK Country superstars The Shires hit the road again in 2017. The band released their brand new album My Universe in September, storming the charts, landing at No.3 and becoming the fastest-selling UK Country album of all time.

The Shires have celebrated a landmark year in 2016. Key moments on the live music scene include a packed summer festival schedule, with their first headline performance at Glastonbury Festival on the Acoustic Stage.

“Voices entwine and musical magic ensues” The Independent on Sunday