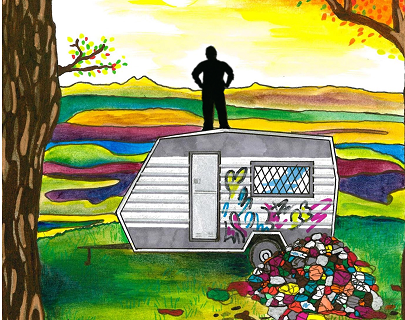 Warwick University Drama Society presents Jez Butterworth’s multi-award-winning Jerusalem, which follows infamous anarchist Johnny ‘Rooster’ Byron in his fight to defend his woodland den from the impending forces of the Local Council on the day of the local fair – St George’s Day.

Watch while the midsummer madness unfolds as Johnny and his gang of eccentrics party until dawn, whilst preparing for the ultimate showdown against the establishment.
Jerusalem is a comedy that explores the relationship between mythic and nature, the authorities increasing control over the rural landscape, and what it means to be English today.