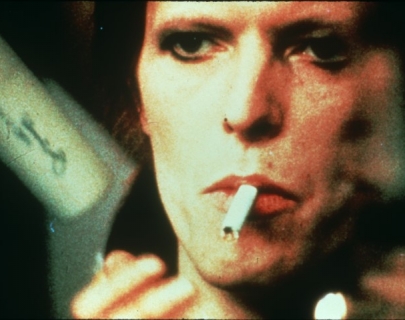 Directed by pioneering rock film-maker D.A. Pennebaker, this documentary and concert film captures David Bowie and his band, The Spiders From Mars, performing at London’s Hammersmith Odeon on July 3, 1973. It was at this now-infamous concert that Bowie made a sudden announcement, shocking fans and media alike by stating, “It’s the last show we’ll ever do”. Rather than marking his withdrawal from music, his declaration signalled the retirement of the Ziggy Stardust persona, and the end of a hugely influential chapter in Bowie’s own story.

In addition to the concert movie, the evening will include an exclusive new film produced by MOJO magazine, featuring MOJO’s Editor-In-Chief Phil Alexander in conversation with The Spiders From Mars drummer Woody Woodmansey.

Every attendee will receive a copy of the magazine which will fully document the Ziggy-era, and which will also feature an exclusive David Bowie/Spiders From Mars Collectors’ Cover. This special souvenir cover will not be available in the shops, and is destined to become one of the rarest covers ever produced by the award-winning MOJO team with a retail value of £7.99.