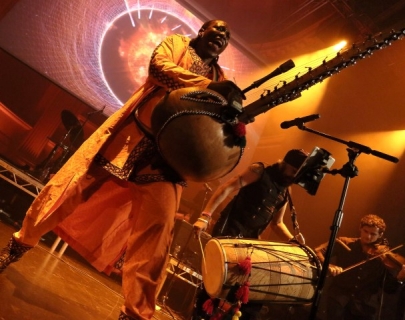 Formed by Grammy-nominated musician and record producer Simon Emmerson, Afro Celt Sound System is a European and African based collective who’ve been a ground breaking force in music ever since they started.