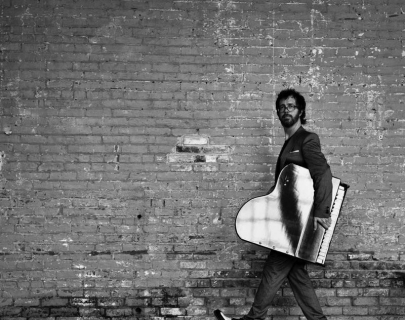 Taking to the stage with just a grand piano for company, cult hero Ben Folds plays tracks both classic and current.

After focusing on large-scale live work with orchestras in recent years, this show recalls his original solo tours where he defied sceptics by delivering high energy rock performances using only a piano. There are few musicians that can draw on such a varied and vast body of work, and tonight don’t be surprised to hear Ben Folds Five favourites followed by stripped back renditions of newer songs. The real joy of a Ben Folds concert comes from the man himself, with his love for the music shining through on every occasion.

With his second album, Solitudes, self-taught musician, poet and composer, Matt Holubowski offers eleven titles that in many ways evoke isolation, estrangement, and exile, but also delves into the forms of solitudes we seek and often at times need. Holubowski’s unmistakable voice and steadfast personality was revealed to some through his appearance as a finalist on the super-popular TV show La Voix.