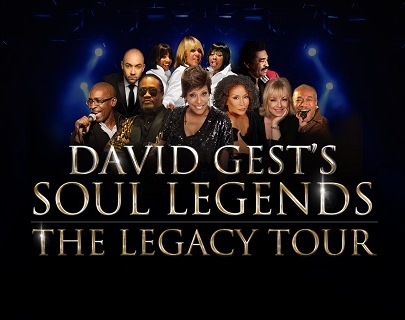 David Gest Limited has announced that due to unforeseen personal circumstances, the upcoming Soul Legends UK Tour in October 2018 will not go ahead as planned. The Warwick Arts Centre date of Saturday 8 December 2018 has been cancelled but some tour dates at other venues will be rescheduled. David Gest Limited would like to extend their sincerest apologies and thanks to their loyal fans as well as the fans of the Soul Artists for their support and understanding at this time. Any ticket holders for this show will be contacted by our Box Office team in due course.

For the past decade music lovers have enjoyed performances from soul legends in a unique show created by the one and only David Gest. Each year he brought together a host of music icons who sang the songs which made them famous.

“I have been part of David’s tours, and as I look at the incredible line-up of talent that will be coming to 16 cities in the UK to dazzle you, I know a good time will be had by all. Get your tickets now for a major musical treat! Enjoy” Dionne Warwick

Please note that this is a change to the previously advertised programme.