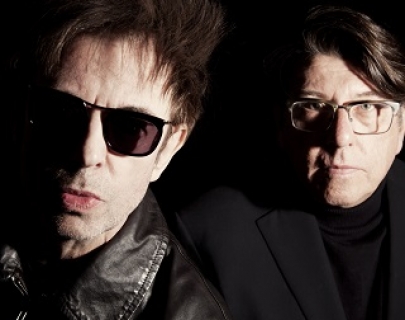 Following their sold out May tour dates, Echo & the Bunnymen have announced a series of UK and Ireland shows this autumn.

The new Echo & the Bunnymen studio album, The Stars, The Oceans & The Moon will be released on Fri 5 Oct. This album sees the band return to their peerless back catalogue to reinterpret thirteen of their most beloved songs with “strings and things”. The album also features two future classics – The Somnanbulist and How Far? Recorded at The Dog House Studios with co-producer Andy Wright, the Bunnymen hand-picked the selection of tracks for the album from their majestic, four-decade spanning archive. Mac said of the new versions: “I’m not doing this for anyone else. I’m doing it as it’s important to me to make the songs better. I have to do it.”

VIP package includes a top priced seat, an exclusive lithograph A3 tour art print, an Echo and the Bunnymen VIP tote bag and a commemorative VIP laminate & custom lanyard. Further details will be confirmed nearer the time of the concert.

Please note there is a limit of 4 tickets per person for this performance.