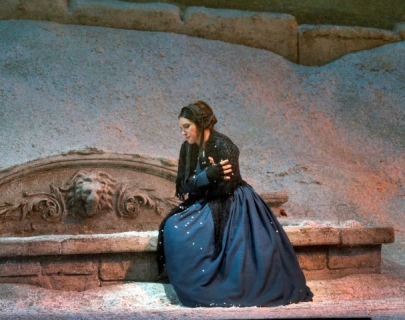 Sonya Yoncheva stars as Mimì opposite Michael Fabiano as the passionate writer Rodolfo. Susanna Phillips reprises the role of the flirtatious Musetta and Lucas Meachem sings the role of her lover, the painter Marcello. The cast also features Alexey Lavrov and Matthew Rose as Rodolfo and Marcello’s friends Schaunard and Colline and Paul Plishka as Benoit and Alcindoro in this performance, led by Marco Armiliato.