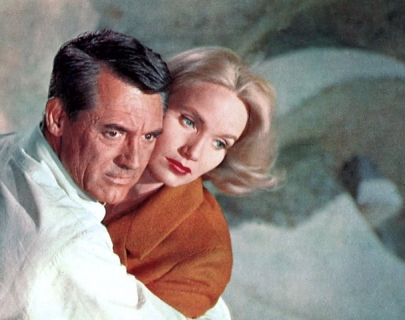 In Hitchcock’s classic, Cary Grant plays the original Don Draper. Dragged into a world of intrigue and political corruption, it’s all Roger O’Thornhill can do to survive. Will the aid of his secretary (Saint) and his sharp, madmen wits be enough for him to outrun foreign spies and aeroplane chases?

With all the style of the late 50s, imbued with a sense of the American Dream and both the anticipation and excitement of the Cold War, North by Northwest is a magnificent, often funny, thriller.