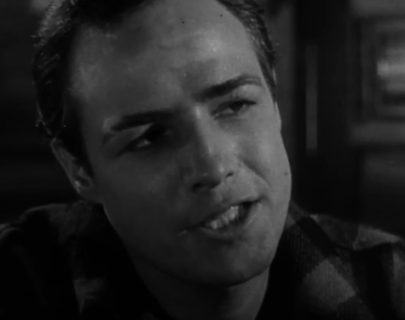 Set on New York’s oppressive docks, Oscar-winning On the Waterfront follows washed-up boxer-turned-dockworker Terry Malloy (Brando) as he tries to navigate the shady happenings that occur under the rule of mob-connected union boss Johnny Friendly (Cobb).

After witnessing one of Friendly’s rub-outs, Terry is more than willing to keep his mouth shut until he meets the dead dockworker’s sister, Edie (Saint), who awakens his conscience.