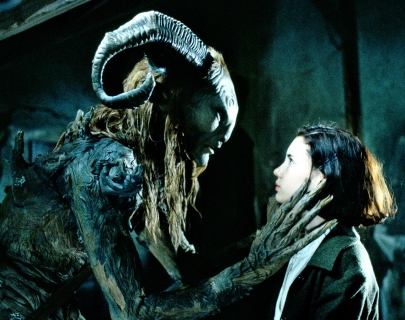 1944. Young Ofelia (Baquero) and her pregnant, sickly mother (Gil) are taken to the Spanish mountains to join her mother’s new husband, Captain Vidal (López), who oversees the flushing out of anti-Franco fighters from the surrounding forest. Against the backdrop of her stepfather’s sadistic brutality, Ofelia meets a faun (Jones) who tells her that she is destined to rule a magical underworld, and draws her into the terrifying splendour of Pan’s Labyrinth.