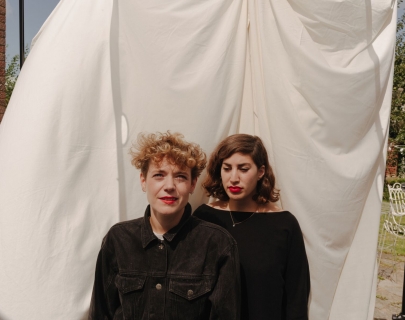 Due to unforseen circumstances Peggy Sue’s performance at Warwick Arts Centre has been cancelled. Ticket holders will be contacted by Box Office and will be offered a refund. For more information, please call Box Office on 024 7652 4524.

After a three year hiatus – during which Rosa Slade and Katy Young have been performing with all-female singing group Deep Throat Choir – they are returning with new single ‘Slow Fade’ and upcoming fifth album.

Borrowing in equal parts from the perfectly-constructed pop songs of the 1960s and the understated, noisy guitar experiments of 90s indie bands such as The Breeders and Blur, the new material sees front-women Slade and Young joined by Dan Blackett (Landshapes) on drums and Benjamin Gregory (GRIP TIGHT) on bass who bring a fresh energy and clarity to the band’s enduringly captivating duel vocals.