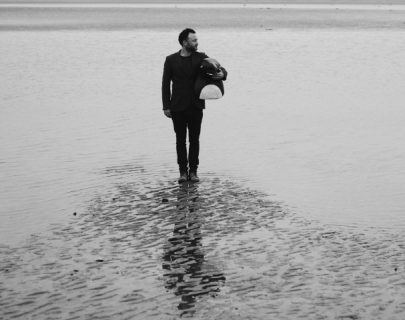 A penguin stands in the middle of a scorching desert, far away from its natural habitat.

This mirrors composer Arthur Jeffes’ journey and exploration into a new musical territory. Penguin Café have evolved into something of their own at the hands of Arthur who started the band in 2009 with the continuation and homage to his father’s legacy, to the late Simon Jeffes’ Penguin Café Orchestra. Now, their upcoming album The Imperfect Sea echoes reminiscent sounds that embrace the new.

“If there is a narrative to the album it’s coming to the acceptance of the imperfections in all aspects of life; moreover, the recognition that these imperfections and tiny randomnesses are in fact what make up the best parts”, Arthur explains. Predominantly self-composed, the new album also features covers of electronic works by Simian Mobile Disco and Kraftwerk, along with a re-working of Simon’s Now Nothing. Arthur has developed from the traditional folk and jazz heritage Penguin Café Orchestra is known for into another realm of blissful ambiance and dance music, recreated using strictly acoustic elements.