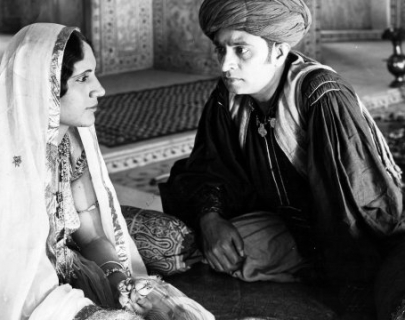 Based on the romance between 17th century Mughal ruler Shah Jahan (Roy) and his queen, Selima (Rama Roa), this epic silent film is the ravishing, romantic tale of the story behind one of the world’s most iconic structures: the Taj Mahal. Shot entirely on location in India, it features lavish costumes and gorgeous settings, beautifully restored by the BFI National Archive. Performed by an all-Indian cast, producer and Indian film legend* Himansu Rai* plays humble potter Shiraz, who follows Selima when she is sold by slave traders to the future emperor.