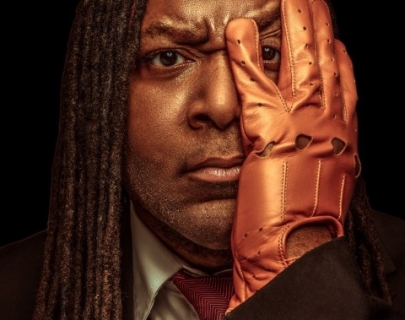 Due to popular demand Reginald has extended the critically acclaimed UK Tour of Some People Vs Reginald D Hunter.

During the 15 years in which he has lived in the UK, Reginald’s searingly honest material has garnered him a popular fanbase that spans the generations. In the past twelve months he has appeared in a critically acclaimed tour of the UK and Ireland, a sell-out Edinburgh Festival Fringe season and has performed across Europe. His appearances on television have included 8 Out Of 10 Cats Does Countdown, Have I Got News for You and the hugely popular three-part BBC2 series Reginald D Hunter’s Songs Of The South which documented Reginald’s epic road trip from North Carolina to New Orleans through 150 years of American popular song.

“This is comedy of a rare scope” ★★★★★ Times
“Foremost among those who tackle race head-on…a provocative hour full of big laughs.” Observer
“A joy, as ever.” ★★★★ Telegraph
“Hunter’s outside-inviews on politics and race find him playing with notions of offence, with invigorating style.” Mail on Sunday

Support: Glenn Wool
Glenn began his comedy career in his hometown of Vancouver in 1995. He moved to London in 1998 and quickly became an established star of the London comedy circuit before becoming a globally recognised name. His TV credits include John Oliver’s New York Stand-Up Show as well as appearances on The Green Room with Paul Provenza, 8 Out of 10 Cats, Never Mind the Buzzcocks, Russell Howard’s Good News to name a few.
*Effortlessly funny” ★★★★ Guardian*