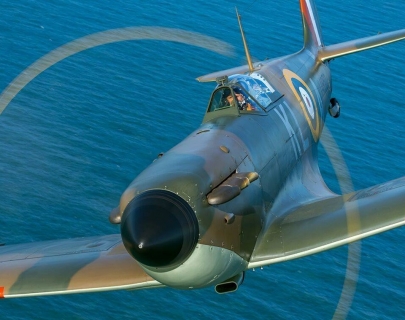 Spitfire is a compelling feature documentary about the planes that helped win the Second World War, told by the last-surviving combat veterans who flew them. This revealing film investigates the story of how the Spitfire, its stable-mate, the Hawker Hurricane and its great adversary, the Messerschmitt 109 came into being during the huge advances in aviation in the interwar period.

Through air-to-air filming, dramatic CGI and re-mastered archive film, Spitfire brings to life the emotional, thoughtful and detailed recollections of the veterans who lived through those dramatic days.