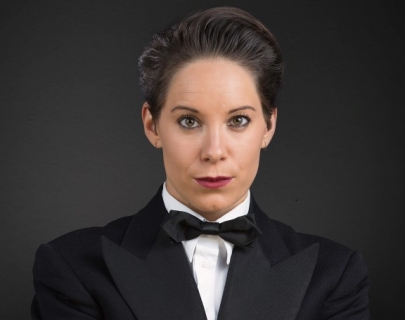 Following a sell-out run at the Edinburgh Festival, Suzi Ruffell is taking her critically acclaimed show Keeping It Classy on tour. This thought-provoking and hilarious show has nabbed Ruffell the working-class comedy crown of her generation.

“Delivered with a polished brio, this is a classy stand up from an emerging star” ★★★★ The Scotsman

“Ruffell has a strong hand – a cheerfully complicated lesbian Micky Flanagan struggling in and out of the middle classes – that she plays with confidence and skill… excellent hour.” ★★★★ The Sunday Times

“A Stand Up Gem” The Guardian