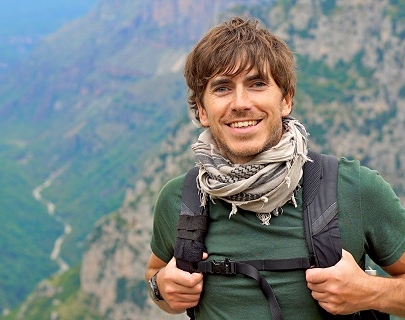 The show features the world-famous adventurer recount tales from over 15 years of travelling to the most remote and extreme corners of the planet. From being chased by pirates, hounded by the KGB and bombed by Colombian barons, An Audience with Simon Reeve will not only be a fascinating and educational evening, but at times shocking, inspirational and hilarious!

Including exclusive footage and a chance to ask your questions, don’t miss this exclusive opportunity to see Simon for the first time live and uncut.

“In the last decade, he’s made a name for himself as British TV’s most adventurous presenter.” Radio Times

“Like all the best travellers, Reeve carries out his investigations with infectious relish, and in the realisation that trying to understand the country you’re in is not just fascinating, but also hugely enjoyable.” Daily Telegraph