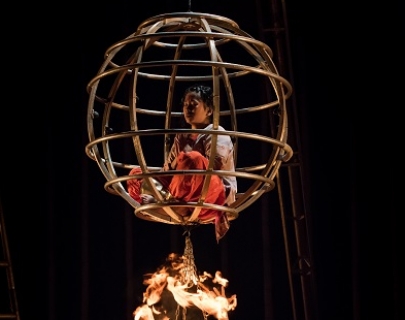 Please note that the 2pm performance of As A Tiger In The Jungle has been cancelled. Ticket holders will be contacted by Box Office as soon as possible. We apologise for any inconvenience caused.

There was a tiger in the jungle behind her mother’s house.

Crocodiles were hiding in the muddy river. Human sharks passed by in lorries on their way to India, leaving behind a trail of lost children.

Nepalese artists perform their deeply personal story of being trafficked into the circus industry as young children, using the means of their enslavement to speak against it. Circus, spoken word, movement and ceremony are used to show how, against all odds, Renu Ghalan and Aman Tamang survived their childhood and created their own destiny.