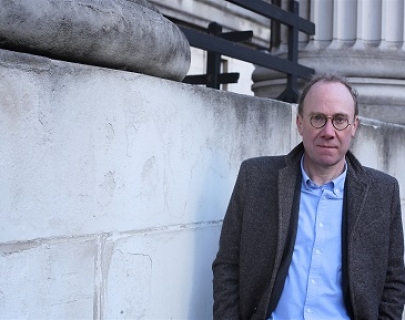 In 1985, Colonel Oleg Gordievsky – chief of the KGB’s London station – was summoned to Moscow. He arrived, fearing for his life. For Gordievsky was a secret British spy who suspected his Russian masters were onto him – and he was right.

A rare opportunity to see one of the greatest historians of our generation tell the tale that changed the course of the Cold War forever.

Ben Macintyre reveals Gordievsky’s extraordinary story of daring and duplicity for the first time –his exceptional espionage, the trail of treachery that led to him being confronted, drugged and interrogated in Moscow and, most incredibly of all, the astonishing MI6 operation to get him out alive.

Ben is the multimillion-copy bestselling author of books including SAS: Rogue Heroes, Agent Zigzag, Operation Mincemeat and A Spy Among Friends. He is a columnist and Associate Editor at The Times, and regularly presents BBC series based on his acclaimed books.

‘Macintyre does true-life espionage better than anyone else’ Evening Standard

Each ticket includes a copy of the paperback of The Spy and the Traitor, RRP £8.99.