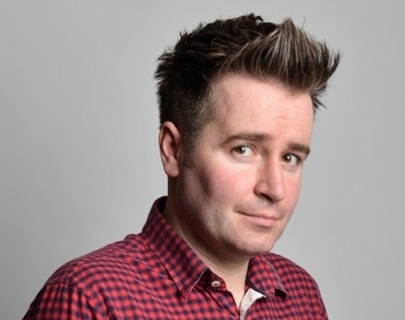 In this specially curated comedy evening, we will be asking our favourite stand-ups to answer the question: What Will We Tell Our Grandkids?

We take a journey into the not-too-distant future and imagine some of the awkward, confronting, absurd, confusing and hilarious conversations we will be having with our grandkids one day.

Starring some of the UK’s most compelling comedians.

Sophie Duker is the bombastic black sheep whose favourite things include breaking hearts, taking names and telling jokes with the confidence of a cis straight middle-class white man.

Jarlath Regan is a London-based Irish comedian and podcaster, appearing as a regular contributor on radio and television while also performing at comedy festivals worldwide. Jarlath is recognised as the leader of a new generation of talented comics emerging from Ireland.

English Comedian of the Year 2016, West Midlands Josh Pugh’s clever, original, and (most importantly) very funny writing and performing continues to bring in plaudits and he undoubtedly has a blindingly bright future.

A creative, animated, and intelligent performer, Travis Jay has built a reputation as being an entertaining and sometimes controversial story teller. Both comedy specials The Funny Thing Is & Travis Jay: One Night Only were a sold out success.