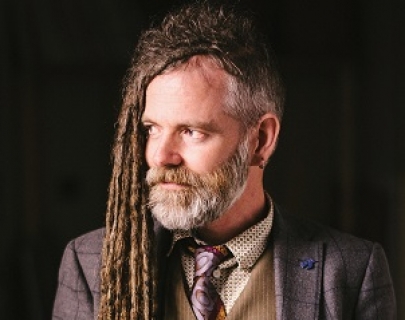 The prolific singer-songwriter and pianist Duke Special is known for his contemporary folk and vaudeville-influenced sound, characterised by distinctive, beguiling vocals and searing melodies. With his trademark theatrical, performance style he has become a cult national favourite in his native Northern Ireland and chosen for commissions by the National Theatre, the Metropolitan Museum of Art in New York and Sesame Street.

In this concert Duke Special will look through his impressive back catalogue, including his seminal albums Adventures in Gramophone, Songs From The Deep Forest and I Never Thought This Day Would Come. He will be joined by special guest artist, percussionist Chip Bailey, who is just as soon to be found playing an egg whisk and cheese grater as he is to be behind the drum kit.

“This is music of magic and soul” The Telegraph