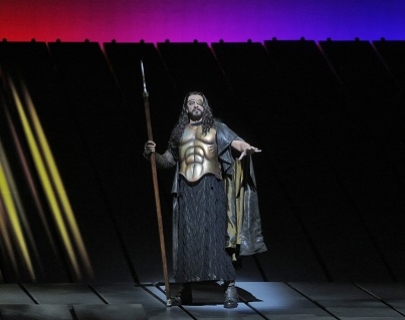 Featuring some of the most glorious music ever written – including, of course, the Ride of the Valkyries – Die Walküre is the second of the four operas that comprise Wagner’s Ring cycle, a story of monsters, gods, and humans on a superhuman scale.

When twins Siegmund and Sieglinde find each other at last, Siegmund promises to release Sieglinde from her forced marriage by killing her husband, Hunding. The god Wotan instructs Valkyrie warrior Brünnhilde to defend Hunding. But, moved by the twins’ mutual devotion, Brünnhilde refuses to obey, forging an alliance with Sieglinde that has far-reaching consequences for them both.