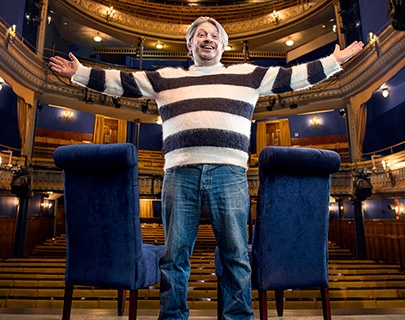 Richard Herring has enjoyed phenomenal success as a writer and performer and is an innovator in the world of podcasts. This is your chance to be part of the audience as he interviews Caroline Quentin and Bobby Mair for his award-winning podcast.

The show regularly has up to 200,000 listeners per episode, won three Chortle Internet Comedy Awards and is the only non-BBC show to ever win a Sony Best Comedy Award.

“Herring is a superior comedian…hilarious” The Guardian

“The best comedian of his generation” GQ