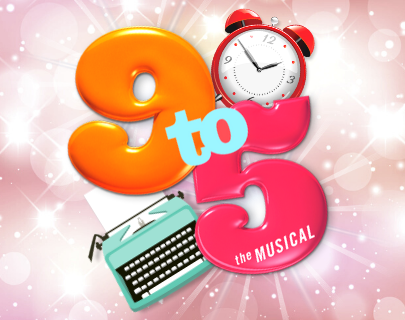 9 to 5 is based on the 1980 movie of the same name, and features music and lyrics by Dolly Parton. This witty and fast-paced musical centres on the downtrodden working lives of three women, Violet, Judy, Doralee and their sexist, lecherous and pompous boss – Franklin Hart.

Violet has worked at Consolidated for many years but, although very capable, she has never been given the chance to rise above her senior supervisor status. Judy is newly separated and joins the company never having worked before while Doralee is a sexy, happily married country girl, but she is ostracised from the other female workers.

After Judy has an awful first day, Doralee fmds out that Hart has been telling everyone they are having an affair and Violet is once again overlooked for promotion – the three women unite in their hatred of Hart and seek revenge!

9 to 5 is packed with hilarious dialogue, show stopping company routines and an incredible score that will have audiences out of their seats! Its slick presentation means that there is never a dull moment during this award-winning show from an award-winning company!

Directed by Jamie Sheerman and choreographed by Julie Bedlow-Howard, who’ve worked with TSG previously on the successful Wizard of Oz and Cinderella, this rip-roaring and empowering show that has been a triumph on Broadway and the West End will have you begging for overtime! So, set your alarms to “tumble out of bed and stumble to the Warwick Arts Centre” in June.