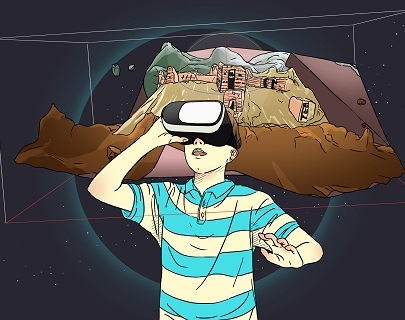 Future Aleppo is an exhibition and Virtual Reality experience based on the inspirational work of Mohammed Kteish.

Among the horror and destruction of the Syrian conflict, young Mohammed dreamt of a better future for his city and its inhabitants. He began his mission by sourcing whatever materials he could find in the debris to construct a papercraft recreation of the city, which he surveyed from the roof of his home. At the start of 2016, with the escalation of violence in the city, Mohammed and his family reluctantly fled for safety in neighbouring Turkey, but he never forgot the architecture of his beloved Aleppo and began reconstructing his models in order to preserve the landmarks and personal histories lost through the conflict.
Warwick Arts Centre hosts an exhibition of Mohammed’s models alongside the VR experience which encourages people to experience Aleppo from Mohammed’s perspective. Users will be guided around the city by Mohammed while being able to engage with the city’s inhabitants and hear their recollections and memories of the city.

For Sama, the award-winning film which tells the story of Waad al-Kateab’s life through five years of war in Aleppo takes place after the VR sessions at 7.30pm on Tuesday 28 Jan. 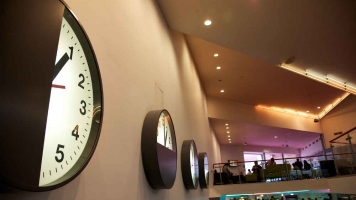