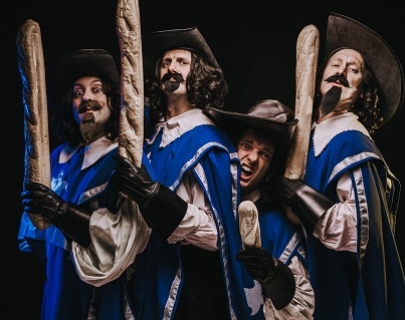 From the award-winning Le Navet Bete, creators of the smash-hit show Dracula: The Bloody Truth, comes a comedy adventure that will have you rolling with laughter from here to the French countryside! Armed with only a baguette and his questionable steed, join hot-headed d’Artagnan as he travels to Paris to become a musketeer. Will things go to plan? It’s unlikely!

A BSL Interpreter will be interpreting the performance and post show talk on Fri 5 Jun.