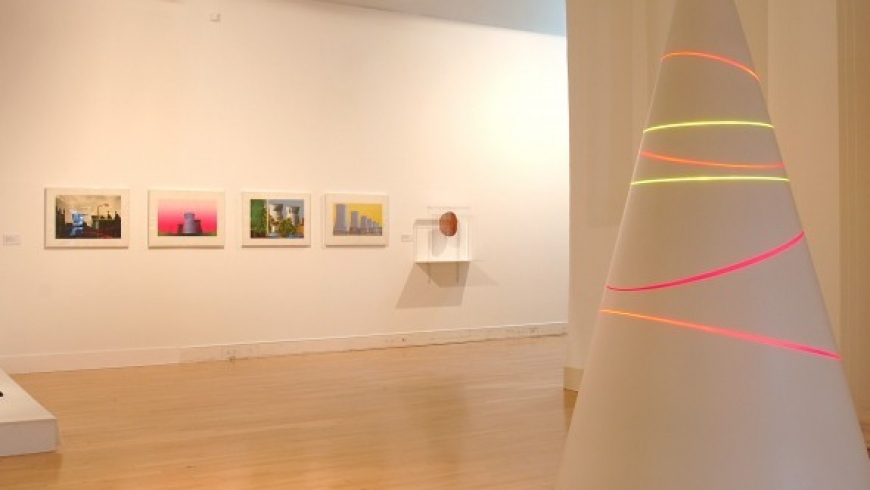 The work of Liliane Lijn has long evaded categorisation and, as such, has made her an alternative figure in histories of art. This exhibition takes a broader view of the culture of the 1960s and 70s and, in so doing, places her at the heart of consciousness of the period. The account of the development of Lijn’s work is also an account of this era – the evolving technocracy of France and the United States, the development of the space race and the impetus for mass-produced, democratic art.

Liliane Lijn was born in New York and came to Paris in 1959 to study at the Sorbonne. There she met the critic and member of the Surrealist group Alain Jouffroy and gained access to the circle around Andre Breton. She developed extraordinary drawings of other worlds, employing an iconography of the grotesque and the monstrous.

Lijn also became involved with the group of artists and writers centred around the Beat Hotel in Paris, home to William Burroughs, Allen Ginsberg, Gregory Corso, Brion Gysin, Sinclair Beiles and many others. Burroughs was fascinated by the development of Lijn’s Poem Machines which deconstructed text into vibrations.

The advent of space travel and the sense of a new relationship to place, history and technology informs much of Lijn’s work at this time including a science fiction novel called Time Zone. The play of light and its capacity to dematerialize matter became an increasing concern in her sculptural forms of the late 1960s and early 1970s. Science was recognized as a way of achieving a technologically founded utopia and works like ‘The Hanging Gardens of Rock City’ describe a culture of supreme materialism that starts to look inside itself, ultimately dematerialising into pure energy.

This is the first retrospective exhibition of Liliane Lijn’s early work. It is curated by David Alan Mellor of the University of Sussex who is an authority on twentieth century visual culture and its relationship to broader cultural histories. It is accompanied by a substantial, illustrated catalogue where Professor Mellor discusses Lijn’s work in detail.