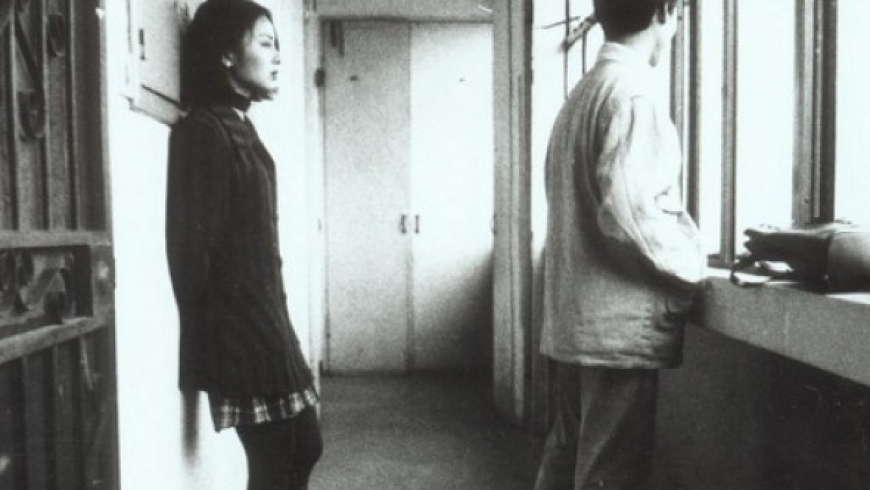 Yang Fudong has achieved considerable critical acclaim in the last five years. In 2001 his work was shown at the Istanbul Biennial. It was included in the high profile exhibitions of international visual culture at Documenta 11 in 2002, the Venice Biennale in 2003, the Liverpool Biennial, the Moscow Biennial and in exhibitions at major museums and galleries across the world including Tate Modern.

Born in Beijing in 1971, Yang Fudong studied painting and graduated in 1995 from the China Academy of Arts (the former Zhejiang Academy of Fine Arts) in Hangzhou. He now lives and works in Shanghai, a significant film-making centre in the interwar period. Yang has an interest in Chinese films of the 30s and 40s such as Yuan Muzhi’s ‘Street Angels’ of 1937, but although ‘An Estranged Paradise’ is shot in black and white on 16 mm film, its structure and references go beyond those of early Chinese cinema.

An Estranged Paradise is Yang’s first feature film. Set in Hangzhou, Chinas ‘Paradise on Earth’, he began making it in 1995, a time he admits when he and his fellow graduates felt lost. Although he completed filming in 1997, it was not produced until 2002 when it was shown in Documenta 11. It tells the story of Zhuzi, a young intellectual, who succumbs to a strange illness that seems inexplicably linked to the rainy season and disappears with its end. In Yang’s own words, the film stands as ‘a meditation on life’, in which nature seems intimately bound to psychology.

The situation of intellectuals is a recurrent theme in Yang’s work. For most of Chinese history, they have played a leading role. This was challenged during the Cultural Revolution and now, in the emergent capitalist economy, their role is questionable. His films explore the tensions of modern China: of rapid urban expansion and individual alienation.

The film opens with a dissertation about a Chinese landscape artist. As a brush painting is created on-screen, a voiceover lists various rules used to establish harmony between the visual motifs. The film is poetically structured with recurring visual motifs that echo the rules of Chinese landscape painting, but the harmony of the film’s structure offers a subtle contrast to the story of the restlessness of the film’s protagonist.

Even though Yang Fudong’s works have a strong narrative component their message is never clear. Yang creates a string of allusive and ambiguous images, underscored by sound and text. They confirm the confusion and inexplicable feelings of people who have a sense of displacement within their own country, society and time.