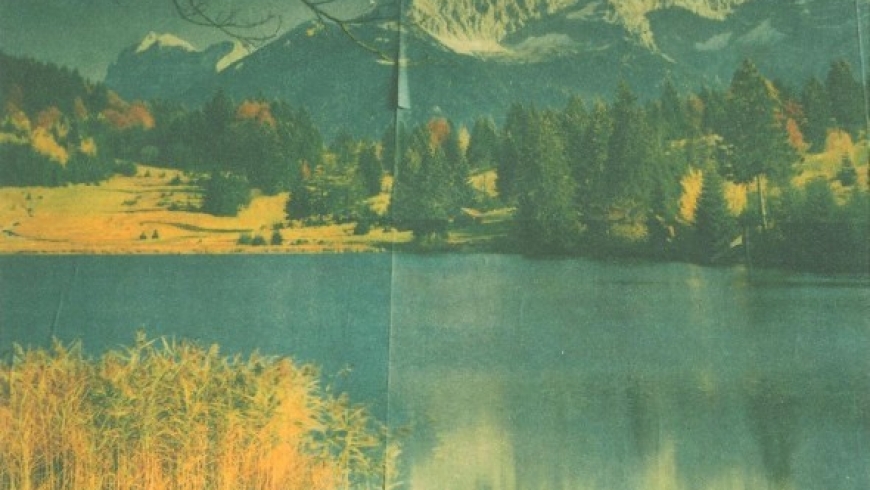 Yto Barrada: A Life Full of Holes - The Strait Project

A Touring Exhibition from Autograph, London

The Strait Project is a photographic project by Yto Barrada which examines the dreams of North African migrants and their influence on the cityscape of Tangiers, which has become the focal point for the issues surrounding African migration to Europe.

“Even a life full of holes, a life of nothing but waiting, is better than no life at all”.
A Life Full of Holes, Driss Ben Hamed Charhadi, 1964

In its collapse, the colonial dream has left us the heritage of an iniquitous regime of identifying and managing the mobility between the North and the South of the Mediterranean. In this bottleneck, known as the Strait of Gibraltar, visiting rights are now one-sided. This territory of the in-between is marked by the coincidences between a physical space, a symbolic space, an historical space, and finally, an intimate space.

In Arabic as in English, strait conjugates narrowness (dayq) and distress (mutadayeq). In clear weather, the horizon from Moroccan coasts is Spanish; but the Strait has become a huge Moroccan cemetery. This immigration differs from the preceding ones. It has its vocabulary, its legends, its songs and rituals. People no longer say “he emigrated,” but h’reg: “he burnt,” he burnt his papers, his past. The exploits of the burned are everywhere, their stories stoke the desire for elsewhere. An enclave long forgotten by national investments, Tangier is now the city where thousands of hopes come up short. Rather than any nostalgia for an international ghetto, first of all what I want to show is the inscription of this stubborn urge for departure which marks people in this city.

I have sought to suggest the metonymical character of the Strait by insisting in my images on the tension between allegory and snapshot. Strait is another word for the temptation of departure, and a commonplace (which has become a common bond), ceaselessly agitating the streets of Tangier. This slippage gives the streets the form of an imaginary space, which is engulfed by/which engulfs all the obstinate dreams of leaving the country. The would-be immigrant forges a collective identity here, by dint of being legally obstructed from crossing the Strait. This obstacle is not without consequences – this position is one of dispossession and indignity. This new immigration – a temporary, individual movement – is perceived in Europe as being closer to a migration – a massive shift of population. We are in the era of suspicion.

Our Moroccan cities are shaped by urban migrations, but also by and for tourism; two great mass movements which are both directly connected to the machinery of globalisation. This transformation requires a reconfiguration of the geography of differences; new trajectories imply new identities (the rural exodus, the return of emigrant Moroccan workers on their summer visits), identities which themselves are forged in resistance to the domestication of space.

When I take photographs in Tangier, I can hardly ignore the fact that I am in my father’s native city, where my mother came to lose her way. I do not seek to underplay the tension and dangers of departure. Yet I’ve never quite known where I am myself or what history I occupy when I walk through this city. I can photograph all the inhabitants who want to leave it, but myself, I always come back, and I live here in the comfort of the maternal home. In my images I no doubt exorcise the violence of departure, but I give myself up to the violence of return. The estrangement is that of a false familiarity. I photograph temptations, not genuine attempts, in a reportage-like style. As soon as I am back in Tangier, I am once again in a state of absence, I become absent. Perhaps there is a relation between my personal experience and the situation of a population seeking to leave the country, having not found its place there. I began to photograph my mother’s house, the ferocity of domestic relations; and of course, what I find nearby, much closer, are the people dreaming of absence.